Be sure to order your copy of this great book from my friend Evangelist Caleb Garraway. You may find it at http://www.remnantministriesonline.com

See my comments on this great book below:

We are living in a time when revisionists are deliberately attempting to irradiate the memory of our Christian heritage. The character of our founding fathers are continually attacked and the moral foundations of our country is disintegrating before our very eyes. Public Schools no longer mention our Christian heritage, the pledge of allegiance is not welcome and the Bible and prayer has been banished under the false narrative of the so called “Separation of Church and State.” We have forgotten our Baptist heritage. We have forgotten where we came from!

Joshua 4:1-3 says, “And it came to pass, when all the people were clean passed over Jordan, that the Lord spake unto Joshua, saying, Take you twelve men out of the people, out of every tribe a man. An command ye, saying, Take you hence out of the midst of Jordan, out of the place where the priests’ feet stood firm, twelve stones, and yes shall carry them over with you, and leave them in the lodging place, where ye shall lodge this night.”

These stones represented to the next generation what God did and can do in the lives of His people. Would to God today, that we would pick up stones of our Baptist history and look back and say, If God did it then, it can be done in my generation!

The church today has been weakened by apathy and ignorance.  Apathy about their Baptist heritage and ignorance about what it really is! This timely book reminds us of our strong Baptist heritage and the influence that Baptists have had in the founding of this nation. We certainly recognize that not of all our founders were Bible believing Christians but it is certainly accurate to say that most were greatly influenced by Christian leaders and most assuredly by and through the prayers of the people of God.

There has always been a struggle between good and evil. A spiritual war is raging in America! A war to rid the memory of our Baptist heritage! A war to dismiss people of faith as the lunatic fringe. A war to erase from our history books the sovereign hand on Almighty God on this nation!

Get informed Christian! Know your Baptist heritage! Pray for your nation! Preach the Word of God in season and out of season and never forget where you came from!

I am thankful for the testimony of my dear friend Caleb Garraway. There are many evangelists in our country but few have the talent, a commitment to excellence and a genuine walk with God that Caleb has. I encourage you to dive into this book and be encouraged as I have been by the wonderful heritage we have as Baptists! – Pastor William Tyson 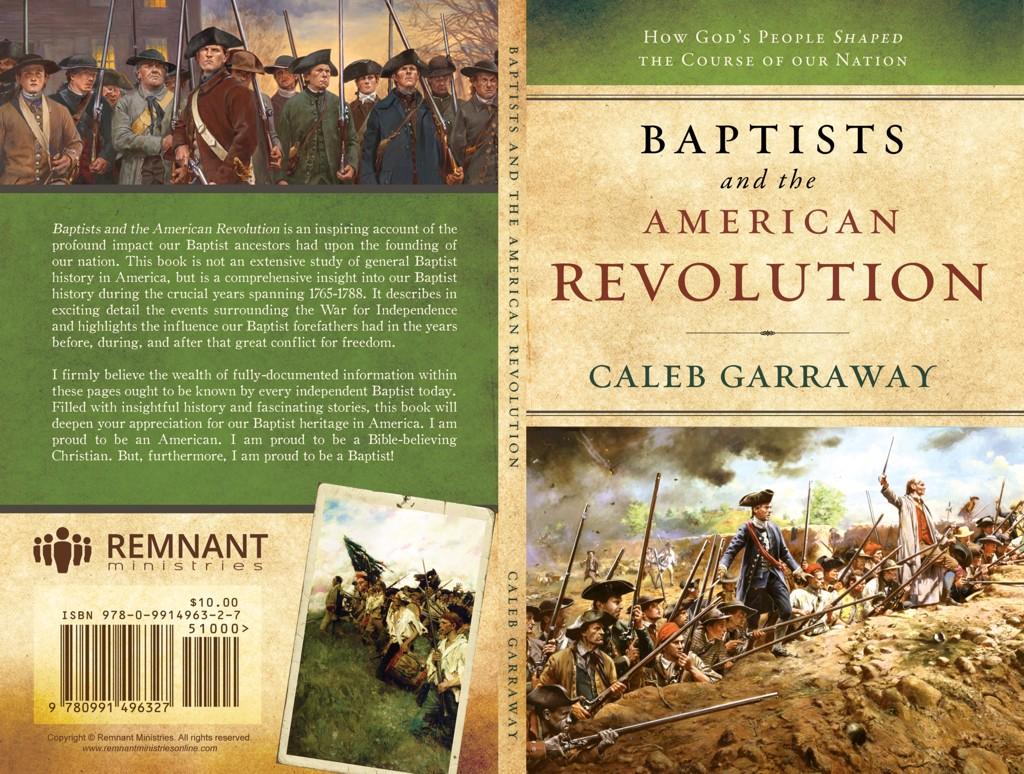 Pastor of Woodlawn Baptist Church - www.wbcbowie.org Founder of Bus Them In - www.busthemin.com Husband to an amazing wife & father to three kids than I love very much! View all posts by William Tyson